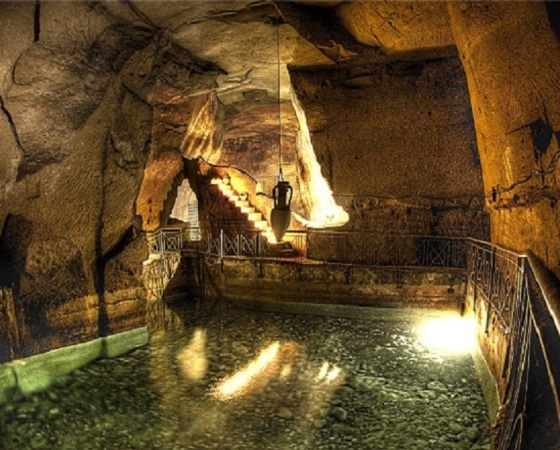 Subterranean Naples is a labyrinth of aqueducts, passages, and cisterns. It features  ancient Greek and Roman artifacts, such as a Greek theatre where the Emperor Nero performed Greek plays, and more modern sites, such as the galleries used as hideouts during World War II.

It’s natural that a world as old, dark and mysterious as Naples Underground should breed a few fantastical urban myths. The best-known is that of the munaciello (little monk), a sprite who hovers around houses playing pranks on the inhabitants, moving objects, and stealing precious jewels. It is described as a thick little man, dressed like a monk in a broad-brimmed hat. This figure was originally associated with the tunnels and cisterns underneath Naples, from which the pozzaro (aqueduct cleaner) could gain access to people’s houses and play tricks when water well owners didn’t pay him for his work.

For groups of less than 10 people reservation is not necessary.

Tours in other languages or outside opening hours only with advance reservations.